The Hyde Park Central School District provides public K through 12 education for the Town of Hyde Park and parts of the Towns of Poughkeepsie, Rhinebeck, Clinton and Pleasant Valley. It has seven school buildings, three of which were built in the Hyde Park Central School District with a grant from the Public Works Administration (PWA) of Franklin Delano Roosevelt's administration: Haviland Middle School which was original dedicated as the Franklin Delano Roosevelt High School but was later renamed when a new high school building was constructed, Hyde Park Elementary School and Violet Avenue Elementary School. The total cost of construction of the three historic buildings was $1,300,000 with $585,000 coming from a PWA grant. Construction began in December of 1938 and was completed in December of 1939. All three buildings are still working school buildings in the district.

The Culinary Institute of America opened its campus in Hyde Park in 1970 at the site of a former Jesuit Seminary. 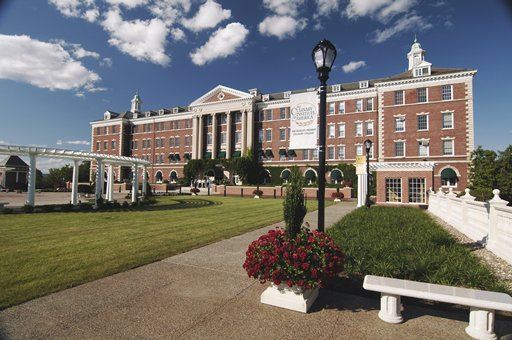